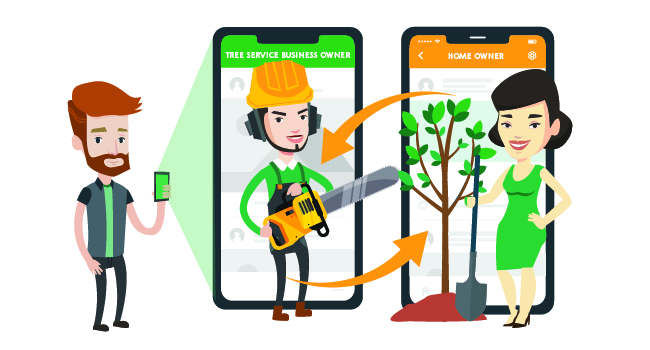 Almost every business owner knows that he/she needs testimonials from real customers. While businesses can take advantage of both Yelp and Google Reviews, very few businesses understand the importance of comparing the two platforms before taking a pick.

When it comes to comparing Yelp vs. Google reviews, one thing generally stands out: Google Reviews are much better. Unlike Yelp Reviews, Google Reviews are easier for your customers to leave, are more visible, have less competition, create more impact, and offer your business more opportunities. If you’re not taking advantage of Google’s review system, you’re missing out on a valuable opportunity to reach new customers and build your business. Google has the biggest search engine market share and its reviews are prominently displayed on business listings.

In this detailed Yelp vs Google Reviews comparison guide, we will help you better understand why your tree service business needs to focus more on Google Reviews. Read on to figure out why more businesses are using Google Reviews.

1.       Google Allows You to Ask for Testimonials

Google’s official policy, however, allows businesses to request their customers for reviews. Google does not just allow you to request reviews—the platform also makes the process much easier by giving you a link you can use to get the reviews.

Local SEO is extremely vital for companies in the tree service industry. When someone searches for a tree trimming or tree pruning and he/she is in your area of operation, a properly executed tree service local SEO will help your company come up first in the search results.

Google Reviews play a key role in Local SEO Lead Generation. Some of the local SEO ranking factors that revolve around Google Reviews include:

Google uses reviews as a ranking factor because they offer one of the most effective ways of gauging customer satisfaction. If 200 people indicate your business offers 5-star tree services, Google considers this a sign of satisfaction and will show your Google My Business page to customers interested in the services you offer.

Yelp Reviews, on the other hand, do not directly impact your SEO rankings. This means that you could have a large number of testimonials on your Yelp page and your tree service business may still not show up when potential customers perform local searches.

An important factor to consider when comparing Yelp vs. Google reviews is the impact that the testimonials have on the potential customers. The testimonials left on Google generally generate calls and clicks even if your business is not ranked first.

When customers perform a local search and notice that your business has a large number of reviews with an average 4.5-star rating, the chances of them calling your business are extremely high. This suggests that having positive Google reviews from customers is an ideal way for your business to earn calls and clicks even if your custom-designed tree service website is not ranked #1 on the Google results page.

Yelp reviews are rarely displayed the same way Google Reviews are. This means that you could have a large number of 5-star reviews on Yelp and interested customers may not know your business is the best at what it does.

4.     Google Reviews Do Not Get Filtered Like Yelp Reviews

One thing about Yelp vs Google Reviews is that Yelp is known for filtering out testimonials. If you leave a review on Yelp for a tree service business, the likelihood of you seeing that review again is very low. Yelp loves to filter reviews that it thinks are not real, legitimate, or honest. While this may look like a good thing, Yelp is not always right.

Google, on the other hand, does not remove a lot of testimonials. This means that when you are using Google to collect your reviews, you do not have to worry about getting a large number of reviews at once. Taking advantage of Google allows you to keep your happy customers and testimonials.

The issue of trust is a major concern for people comparing Yelp vs Google reviews. It is not hard to come across discussions about:

What’s more, a lot of customers often complain about abusive Yelp staff, the Yelp review filter, and a troubled business model. This means that the Yelp review issues are much more public.

In the long run, the trust issues expressed about the Yelp Reviews suggest that Google Reviews may carry more weight than a testimonial on Yelp in the future. For this reason, when focusing on long-term tree service marketing, sticking with Google Reviews could be more beneficial for your business.

6.     Anyone Can Leave a Review from Any of Their Google Accounts

One more thing to consider when thinking about Yelp vs Google Reviews is the ease of use and accessibility to customers. For someone to leave a review on Yelp, he/she will need a yelp account. What’s more, he/she will need a few friends and testimonials to keep the new review from getting filtered.

Meanwhile, on Google, anyone with a Google account can leave a testimonial for your tree service business. This indicates that anyone who has ever watched a video on YouTube or accessed their emails on Gmail is good to go.

According to the Yelp Factsheet, more than 244 million reviews had been left as of December 31st, 2021. For a long time, Yelp was the place to go to research small businesses. For this reason, a lot of companies worked hard to get more reviews.

The reviews on Google are much lower. What’s more, even big players in the tree service industry may still have lesser reviews than a recently established tree service company. This suggests that your chances of beating big businesses on Google Reviews are much higher compared to when you decide to use Yelp. 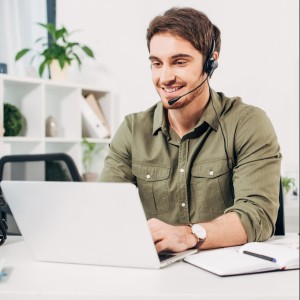 Kevin Shea is the top sales manager at Home Service Direct. He specializes in customer service for all our tree service clients.
All Posts

Let’s start hitting your business goals. Contact us today to speak with one of our digital marketing experts.
Get Free Proposal

Contact Us To Work With A Results-Driven Exclusive Leads Service

If your phone isn't ringing off the hook with new jobs and new customers all year long, it's time to schedule a call with a home services marketing expert.

During your call, talk about your goals for your business. Before you hang up, you’ll have the beginings of a marketing plan to grow your company.

Start winning online, earning more money, beating your competition, and becoming recognized as the #1 home services business in your community.

How to Get More Home Service Leads: 6 Ways That Work Every Time

In 2022, the Home Service Industry ballooned to proportional heights, reaching a new high of $657 billion. As a home service business owner, the big

How Home Service Reviews Can Bring In More Customers

In a modern world where people order their services—and even products—online, testimonials are often considered a very important trust factor. It is estimated that over

Google Ads Vs Facebook Ads: Which Is Best for Your Marketing Spend?

There are many options available when it comes to advertising your business online. Two of the most popular platforms are Google Ads and Facebook Ads.